A Conversation to Spark a Movement

Canada’s Building Trades Unions (CBTU) is an alliance of 15 international unions in the construction, maintenance and fabrication industries collectively representing over 500,000 skilled trades workers in Canada. The construction industry is facing a shortage of skilled workers; an issue we’ve been hearing about for years and one CBTU has been working hard to address. Nearly a decade ago, CBTU in an effort to attract, recruit, and retain people to consider a career in the skilled trades, developed Build Together, a workforce development program. Starting off as Build Together: Women of the Building Trades, the program has grown to a vast network of tradeswomen within seven provincial Build Together: Women of the Building Trades Chapters. In this time, we have made great strides to attract women to try the skilled trades, but the next – and perhaps larger barrier – is retention.

Build Together Chapters include tradeswomen representatives from many of our 15 affiliated international unions working to make our industry more diverse and inclusive. Through Build Together, the Office to Advance Women Apprentices in Newfoundland and Labrador was introduced to CBTU and the rest, as they say, is history.

It Takes a Village

In Newfoundland & Labrador women make up 13 per cent of the construction industry workforce. Elsewhere in the country, this number sits at two to four per cent. You can’t argue with facts, and the fact is major projects taking place in Newfoundland & Labrador included a form of community benefits which made space for underrepresented groups to start an apprenticeship; and the Office to Advance Women Apprentices NL existed to offer wraparound services to those women entering the skilled trades.

We are building on the successful model of the NL Office  to  Advance Women, replicating the office in Saskatchewan, Manitoba, and Nova Scotia. And we’re doing it with the support of the Federal Government over the next three years and through our provincial partners; Manitoba’s Building Trades Unions, Saskatchewan’s Building Trades Unions and the Atlantic Canada Regional Council of Carpenters, Millwrights and Allied Workers.

What this will mean in these three offices, is career counseling, a provincial database of tradeswomen, and engaging with over 75 partners from government, to industry and employers, local union halls, and training centres to ensure employment opportunities and assistance when issues arise.

Over the next three years, we are well on our way to serving 750 female apprentices and tradeswomen across all three provinces, including 75-100 Indigenous apprentices. Not only will this work address the skilled trades shortage, but it will change the face of construction.

Interested in finding out about these supports and services? Want to learn more about becoming a woman in the trades? Or just curious about the future of the construction industry? Get in touch with the CBTU or reach out to your province’s Office to Advance Women Apprentices. 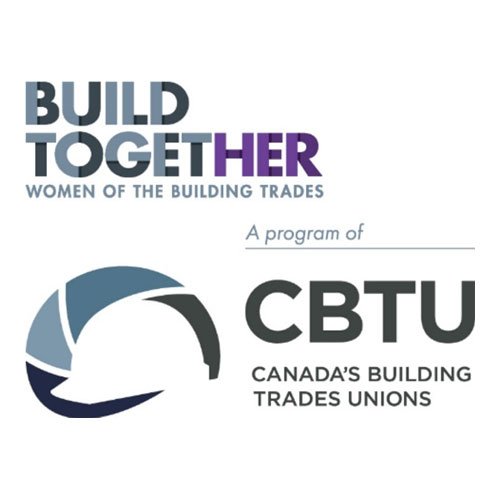 Add your email to get the most up-to-date information and news about women in trades right in your inbox.